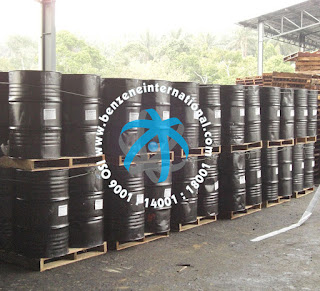 The National Highways Authority of India (NHAI) is preparing to start the process of monetizing toll-based operational road assets under the toll, operate and transfer (TOT) model, aimed to bring new investments to the highways sector.

“We have not as yet floated tenders to monetize road assets, but are preparing to do so. We expect to begin doing this in 2-3 months’ time under the TOT model,” NHAI chairman Raghav Chandra said in an email response to queries from Mint.

This will be India’s first exercise in auctioning NHAI’s operational projects after a cabinet clearance in August. The proceeds will fund new highway projects under various models.

NHAI is currently working on the guidelines for TOT, under which the investor will collect tolls and be responsible for operation and maintenance of the project. The TOT model will be essential to attract long-term foreign investment, financial investors and investment bankers told Mint.

NHAI can lease up to 75 national highway projects which are fetching tolls for at least two years to various entities on the TOT model. The overall annual toll collected from these projects is about Rs2,700 crore, against which NHAI can expect to raise Rs25,000-30,000 crore by granting 30-year concessions, said Ashish Agarwal, director (infrastructure) at investment bank Equirus Capital.

The TOT model is long overdue, said Gautam Bhandari, partner at I Squared Capital, a US-based investor in road projects. “We are hopeful that NHAI finally does launch its TOT programme so that it can serve as a model for other sectors as well. As a global investor, we believe that NHAI’s TOT model, if executed properly, could be a win-win for everyone. Proceeds from TOT auctions will free up valuable taxpayer capital that can then be recycled for much-needed new infrastructure projects,” he said.

I Squared is looking to invest as much as $1 billion in Indian infrastructure. It has invested more than Rs1,000 crore through its investment platform Cube Highways and Infrastructure Pte. Ltd in three road projects so far.

IDFC Alternatives, which has bought controlling stakes in operational road projects, is waiting to see the fine print. “The good part is that in the TOT model, there are far less variables and concerns to be addressed as compared to projects with embedded construction risks. The differences in the bids here would be more a function of how differently each investor views the traffic growth rates, maintenance costs, synergies with other projects in one’s portfolio, if any,” said Aditya Aggarwal, partner (infrastructure), IDFC Alternatives.

There is significant interest from international infrastructure funds in the Indian road sector, said Rahul Mody, managing director, Ambit Corporate Finance Pvt. Ltd. “The TOT model is an excellent idea. The model takes away two key risks in the road sector—delays or cost overruns and initial traffic discovery—as the assets that will be offered under this (model) will be operational with some tolling history; hence it should attract considerable interest from Indian companies as well as foreign investors,” Mody said.

“The model can be an avenue for NHAI to raise upfront capital to fund the EPC and HAM projects; opportunity to feed the increasing number of pension funds and infrastructure investors having access to low cost capital and further deepen the infrastructure market; and allowing players to choose better the nature of risk-reward play they want to play in the road sector,” Agarwal said.