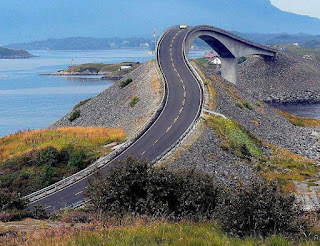 The prime Minister, other ministers and influential leaders of the opposition parties have managed to get huge funds allocated to their respective constituencies for the development of minor local roads in order to woo local voters.

As many as 98 minor and local roads that were allocated only Rs 1 million or little more in the budget have now been upgraded into multi-year projects, analysis of information provided to Republica by the National Planning Commission (NPC)  shows.

The Ministry of Finance has decided to allocate Rs 40 billion for initiating multi-year tender processes for these projects. However, the roads in question have not been listed as strategic roads, nor has the economic returns been weighed. Line agencies of the Department of Roads have already started the tender process for several of the projects.

These huge amounts are on top of the budget allocation of Rs 42.02 billion in the current fiscal year. Minor projects that had been allocated between Rs 1 million to Rs 5 million are now receiving Rs 10 million and above. A few of them are receiving over a billion.

Likewise, Biratnagar-Debanganj road in the constituency of Deputy Prime Minister and Minister for Physical Infrastructure and Transport (MoPIT) Bijaya Gachchhadar has been upgraded into a multi-year project.

Likewise, Finance Minister Bishnu Prasad Paudel has allocated about Rs 3 billion  for similar projects in his  constituency. Belbas-Nuwakot-Dobhan road and Belbash-Bethari road have been turned into multi-year projects. The fiscal year budget had allocated Rs 5 million for the Belbash Bethari road and this sum has now been increased to Rs 1.94 billion.
Swarnim Wagle, senior economist and former member of the NPC, said bringing a road to every voter is not the solution to the lack of efficient road infrastructure in the country. He suggested focusing on good roads over the shortest distances and efficient transportation.

Three influential leaders from Pyuthan district have used their sway to get minor projects prioritized. Govind Raj Pokharel, former NPC vice chairman, has converted at least two projects into multiyear ones. He was also involved in project selections for the current fiscal year. Track opening and upgrading of Jhimruk ring road and the Hatiyagaun Jabune-Airabati road in Pyuthan have now been prioritized. Likewise, Bamdev Gautam, former home minister and senior leader of the CPN UML, has secured funds for the black-topping of Bhigri-Swargadwari road and the construction of a ring road in Madi Model Municipality.

Sumitra Amatya, a member of the NPC, told Republica that “projects are being converted as a new experiment for completing projects listed in the budget within three years and averting the continuous financial burden of such small projects over as much as a decade.” She further said that conversion into multiyear does not mean the resources are allocated right away as the funds will only be disbursed after the detailed project report (DPR) and environment impact assessment (EIA) are completed.